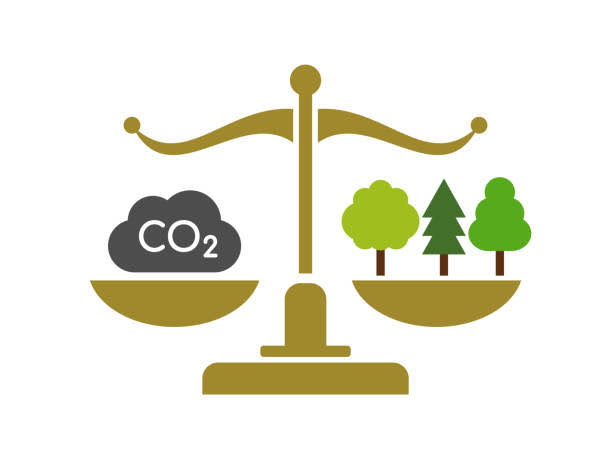 That’s Tanzania, for the world

An action intended to compensate for the emission of carbon dioxide into the atmosphere resulting from industrial or other human activity, especially when quantified and traded as part of a commercial scheme, is a carbon offset. More generally, carbon offsetting is any reduction in greenhouse gas emissions to make up for emissions taking place elsewhere. When the number of carbon offset credits obtained is equal to an individual or organization’s carbon footprint, that person or organization is carbon-neutral. Revenue generated from the purchase of carbon offsets is often — but not always — invested in environmentally friendly projects, like investments in green computing technologies.

Unfortunately, despite the immense efforts of carbon offset programs, several independent studies have identified serious problems with some carbon offset credits. The Clean Development Mechanism (CDM) and Joint Implementation (JI), both administered by the United Nations under the Kyoto Protocol – suggest that up to 60-70% of their offset credits may not represent valid green house gas reductions. Other critiques have highlighted instances of carbon offset projects that harmed local communities or resulted in broader environmental damage. They are often criticized for not providing any real carbon savings and simply shifting deforestation elsewhere.

Yet, it is the Hazda tribe, often known as the last archers of Africa, who found a way to earn by selling carbon credits generated from conserving their forests. They are one of the last hunter-gatherer tribes of the continent to enter the 21st century. The Hadza launched the Yaeda Valley Project to trade carbon offsets from woodlands and forests covering their territory across an area larger than the New York City. They joined hands with Carbon Tanzania. The program has earned the community more than $300,000. They will use these funds to gather young scouts who will help keep away those who want to cut down the forest to obtain land for farming. The community has no concept of owning land in the modern sense, hence they had little legal defense against encroachment by migrant farmers or cattle herders who decimated the wildlife-rich savanna woodland.

Nevertheless, they adapted a legal tool to assert their community’s title to 23,00 hectares of their territory by entering into commercial agreements to earn money from it. They could now send their children to universities and pay hospital bills. Besides the invaluable benefits to the climate, this form of community-based conservation can unlock brand new possibilities for protecting the wild places of Africa, along with the lives of the animals and people which depend on them. It is a potential model for conservation not just in Africa but for the entire world. The Hadza have lost more than three-quarters of their traditional lands in the past half-century. But now, with this model, they are in a better place than they have been in decades.

They were the winners of the 2019 Equator Prize for having recovered about 90 percent of their land which had been confiscated with farmers and livestocks. The project has been recognized as “an outstanding example of a local, nature based solution to climate and sustainable development” by the UNDP.

Through this project, the community has assisted the world in fulfilling the following sustainable development goals decided by the UN:

Goal 3: Good health and well being

Goal 12: Partnership for the goals

These are people who did not give up in face of dire adversity and found a way out of it. People who took it upon themselves to reduce the vile effects of carbon on our earth by planting more and more trees. People who took matters in their own hands and now are an example for the whole world. People who have something to teach to each one of us.

Liked it very much! All topics very well covered and was very informative !