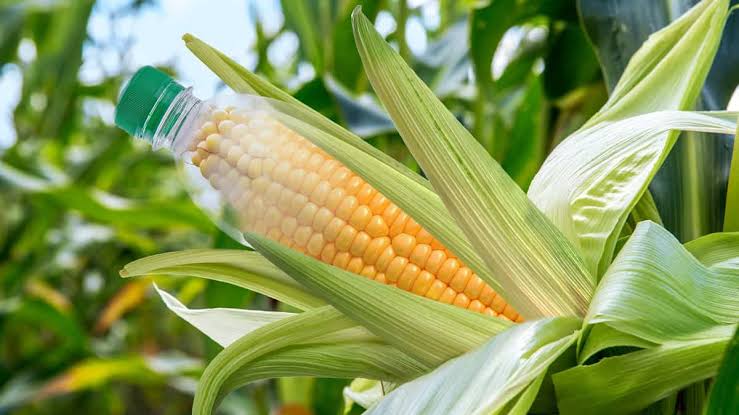 The era of bioplastics

Conventional plastics, formed from fossil fuels, are one of the most vital materials for society. But if you are unaware of the harm that it causes, you’re probably living under a rock. In hopes of finding a more viable alternative, a new material called bioplastics has been developed. Bioplastics are a long chain of monomers joined by ester bonds. These plastics are thus considered polyesters.

The main advantage of bioplastic products is that they are produced from renewable resources rather than fossil resources. The usage of renewable resources would contribute to a reduction of greenhouse gases emission through a reduced carbon footprint. Further, the bioplastics can avoid some of the environmental problems like uncontrolled dumping on land and disposal at sea, and the related emission of toxic substances.

Another significant type of bioplastic is cellulose-based plastic. Cell walls of all major plants, alga and fungi contain cellulose. The most predominant source of cellulosic plastic is cotton ﬁbres and wood pulp.

Polylactide plastics are the chief bioplastics on the market today. It is based on lactic acid and is produced by microbial fermentation of starch obtained from the maize, cassava, potato, sugarcane and sugar beet. Its rigidity, stability, transparency, thermoplasticity and superior performance in the existing equipment of the conventional plastics manufacturing industry allow it to be so in demand. Making this PLA plastic saves two-thirds of the energy required for manufacturing fossil fuel-based plastics. The PLA plastics also emit almost 70% fewer greenhouse gases than conventional plastics during the degradation in a landfill.

Water, the essential fluid on which all life depends, has become a global garbage can. Lucy Huges, a student at the University of Sussex, took notice of this and decided to make a change. She invented a bioplastic using organic waste from the sustainable fish industry and red algae. This bioplastic doesn’t leach toxins and is fully biodegradable and compostable. It can biodegrade in a soil environment in less than a month and be disposed of through ordinary food waste collections. To the touch, MarinaTex feels like plastic, but the similarities end there. It is more durable, safer and more sustainable than its doppelgänger, making it the ideal home-compostable alternative to plastic packaging windows. This plastic is more advantageous than PLA plastic as well. PLA plastic can only be composted in specially equipped industrial facilities and contaminate mainstream facilities resulting in compostable waste. MarinaTex will not adulterate these facilities due to different chemical structures. Lucy Huges was the winner of the James Dyson award 2019, and rightly so. She is an inspiration for all of us, adults and children alike.

Bioplastics are an important innovation. The bioplastics are still in their infancy, and a salient change would be developed by the intensiﬁcation of research with the assistance of government and industrial funding. Further breakthroughs and improvements are to be highly expected. While firmly believing that this is a big step towards change, bioplastics alone will not solve this problem. The changes in consumer behaviour in buying, consuming and disposing of plastics and widespread public awareness of the bioplastics are crucial factors having great potential to reform the fate of plastic and our earth.

Gathering good knowledge. I am sure experience, in your future, will reward you unbelievably. Good luck.